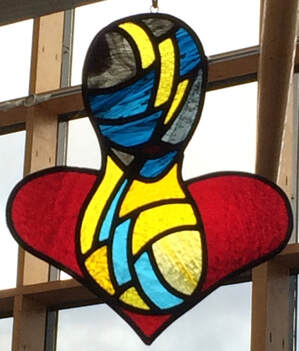 The idea for the Blessed Sculpture was inspired by an experience Xavier had whilst volunteering at the Bethlem Gallery, Bethlem Royal Hospital, part of the South London Maudsley NHS Trust. Xavier tells the story of how he was being entertained by another of the volunteers who was reciting some limericks she had written which amused and inspired him.
I thought of the Groucho Marx quote,  “Blessed are the cracked, for they let in the light”. The statement is suitable for glass, it cracks and lets in light and as a metaphor for human vulnerabilities and strengths. I used the idea and sketched a head with a crack to show the damage done by my head injury. I added shoulders to support the head which I then pulled together at the “elbows” to form a heart, indicating the love and support given to us “cracked” individuals by all of the carers.
At my home studio I’ve got a collection of glass samples, mostly from getting an Architectural Glass degree in Swansea.  This was not a good time for me and was very emotionally difficult.  Using the glass from this period has had an additional benefit, allowing me to cut up and re-shape the past into something beautiful and positive for today.
I also see the lead that keeps the glass together as representing the various  professional care staff who work and interact together in a challenging environment to ensure that an individual patient is able to succeed in getting well and reaching their optimal level.
​

​Xavier meets His Consultant Charles Polkey at the Opening of a ward in his name at Kings collage Hospital. 35 years After being treated by him.

At the opening of Charles Polkey Ward, Kings Collage Hospital on 6th April 2018 I presented Mr Polkey (my neurosurgeon in 1985) with a Blessed and another one for the ward staff.  Both the Venice Blessed and Polkey's Blessed are made from an 'In reflection' piece of glass I made in 2004, during my Glass Degree, Swansea.
Polkey's Blessed has the bubble/burr hole, like he drilled in my head to relief the brain bleed and pressure building up. Both Blessed pieces have the blue water effect sand blasted into glass, utilised from the remaining pieces of the 'In Reflection' glass which is a nice link between the two. 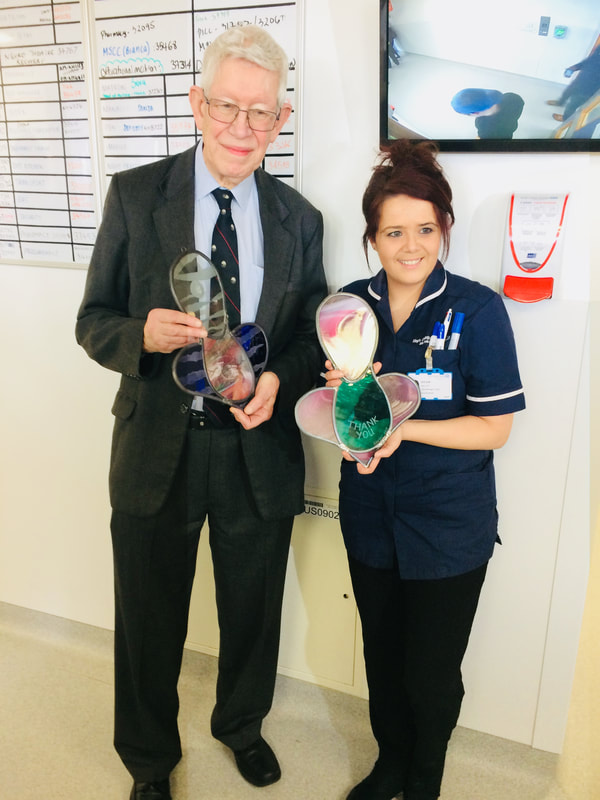 Charles Polkey receives a Blessed at The Opening of The ward named after him. 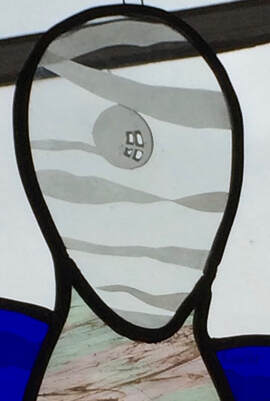 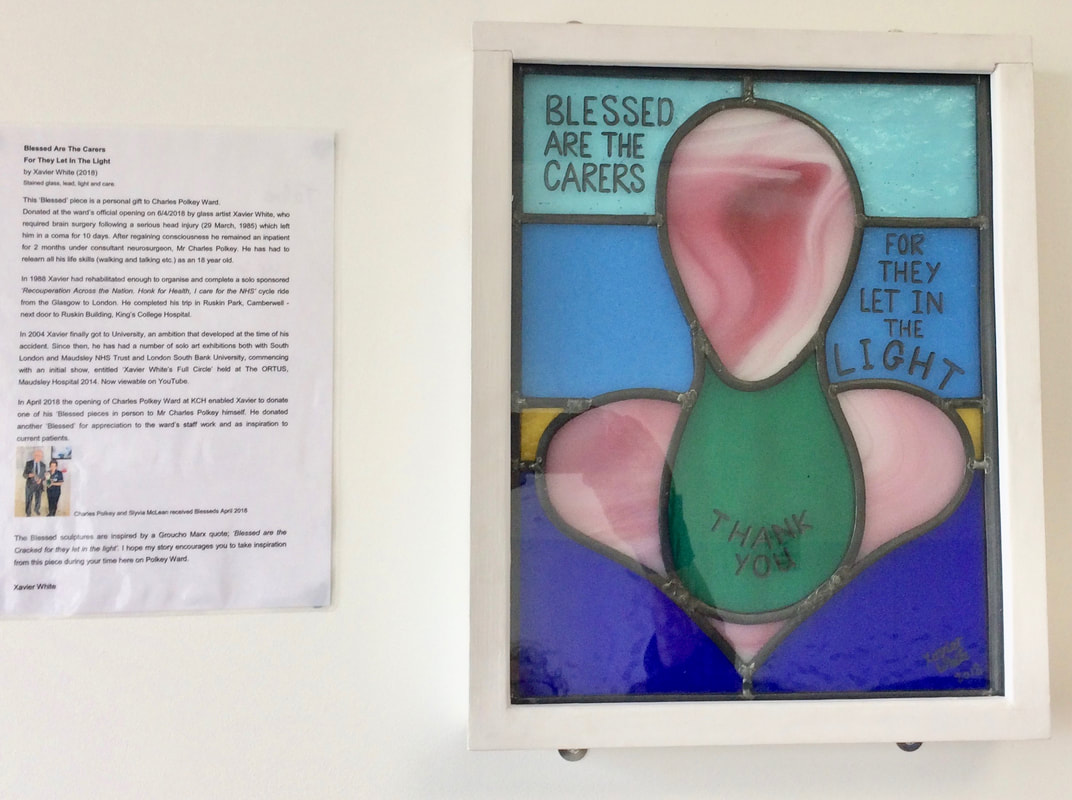 ​Xavier Also Gave One To The Ward, That Now Hangs In The Day Room 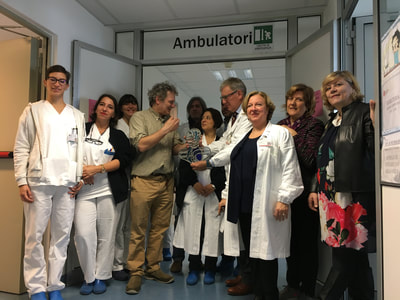 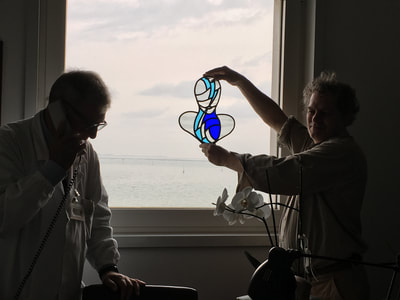 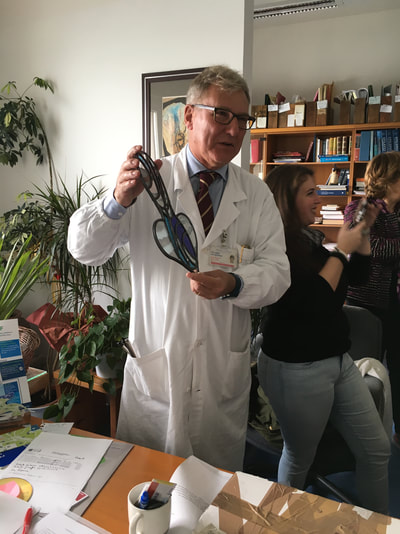 Xavier presents a Blessed to the Neurological Dept at San Paleo Hospitale, Venice. 2017. 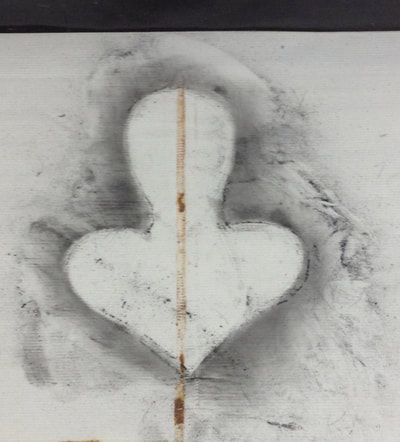 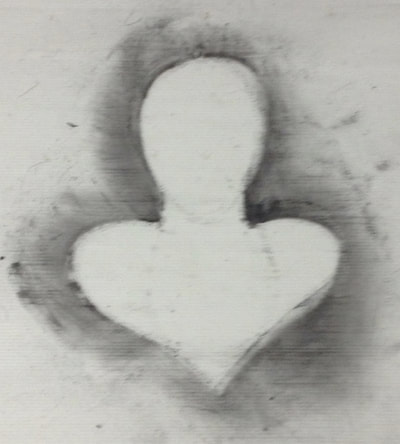 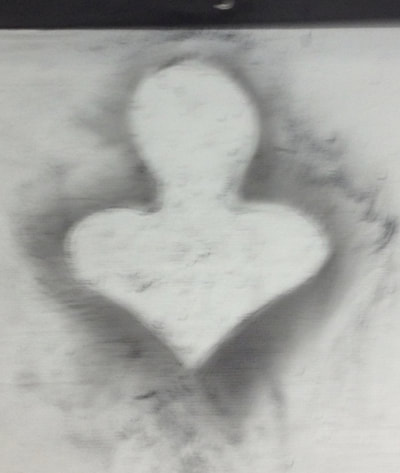 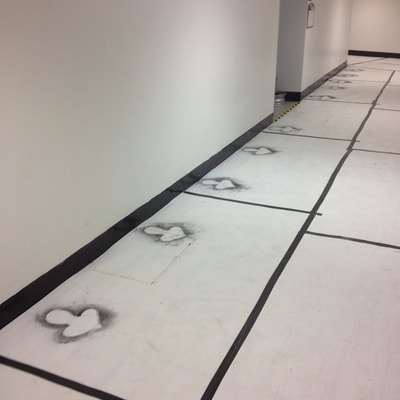 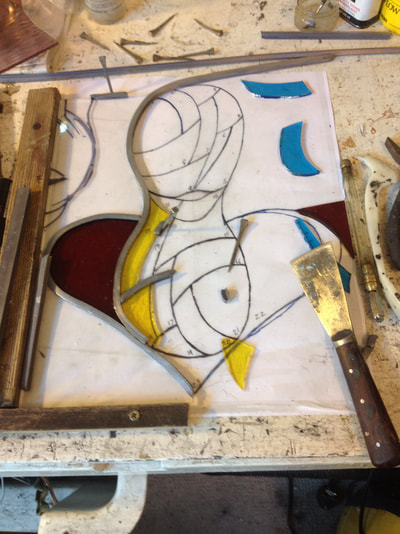 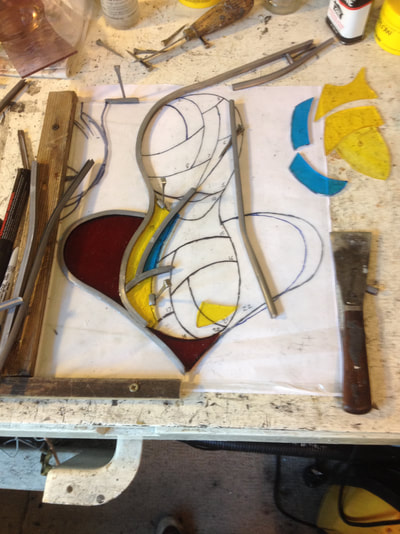 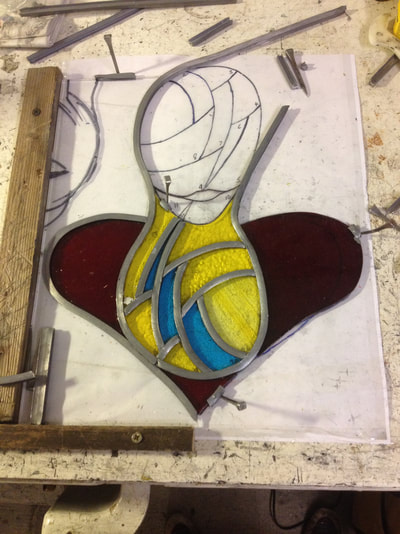 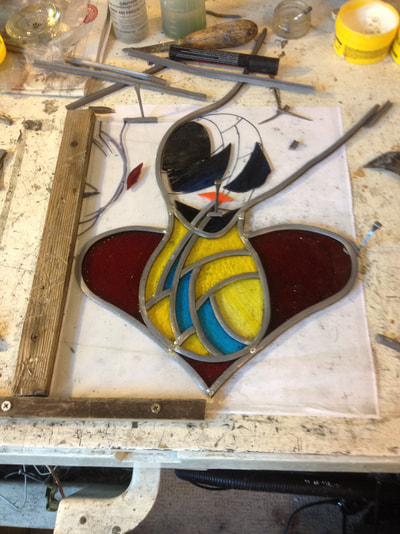 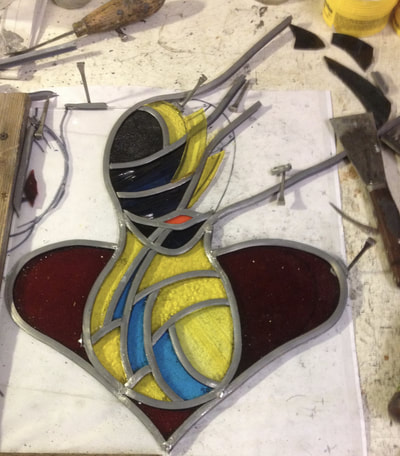 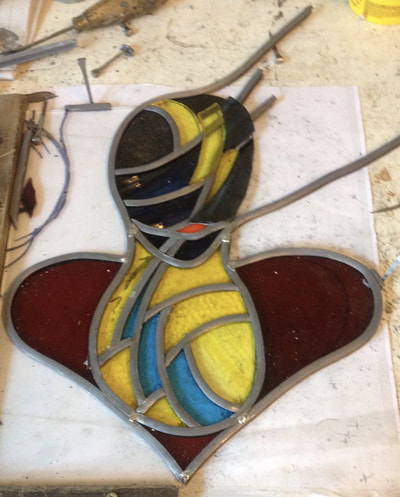 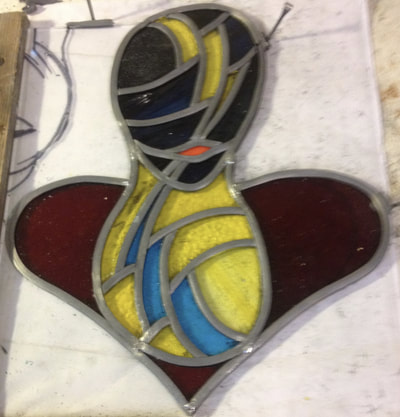