What is Cohedia?  A shape,  a colour,
a solution, an answer?
Where is Cohedia?

A guided tour of Cohedia is now viewable on youtube https://www.youtube.com/watch?v=XmqxrBtEnfU 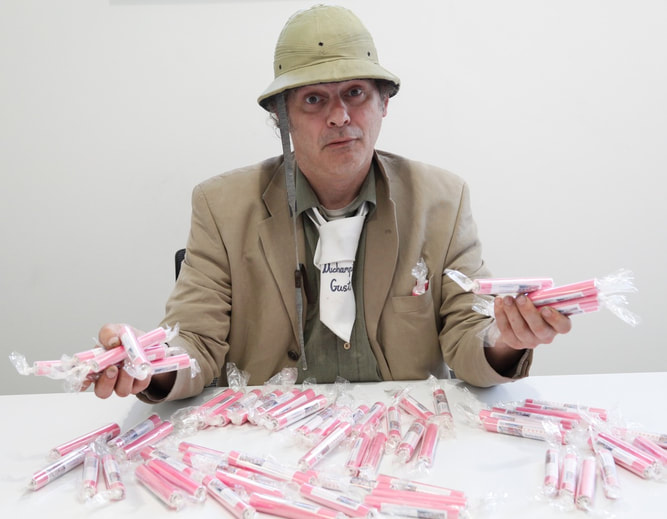 What is Cohedia?
A shape, a colour, a solution, an answer?
Where is Cohedia?

We are all on a journey, marking out our route through life. Sometimes our paths cross with those of others, for better or worse, leading us astray or guiding us on our way. We are all looking for answers, wondering where our ultimate destination will be. Xavier White’s journey has been a particularly difficult one since, at the age of 18, he suffered a near fatal head injury while cycling home through Peckham and fell into a 10-day coma, after which he had to relearn even the most basic life skills. He has spent the 30 years since this time working creatively with a number of subtle but disruptive consequences of his brain trauma. I got to know White four years ago and, since then, each crossroads at which our paths have met has been an adventure and an inspiration.
Cohedia is White’s vision of a kind of utopia, ‘a mind-expanding cityscape’, ‘a jewel of an idea, polished with time and thought’ and ‘a speculative environment’. He has mentioned it to me often during the time I have known him and sometimes I’ve even seen glimpses of it and confronted elements from this other world. But now, for the first time, Cohedia is portrayed in its (current) entirety – Cohedia at a point of cohesion – in the new Bethlem Gallery, part of the South London and Maudsley NHS Foundation Trust (SLaM), which also incorporates the Maudsley Hospital, where White began his journey all those years ago, in their Neurosurgical Unit, after regaining consciousness
As you enter the gallery, you are met by a stained glass window, Carpe Diem Cohedia (2015), in medieval style, depicting a portrait of White on his bicycle, with the destination of Cohedia marked across a basket on the front. This relates to what White terms his ‘personal experiential learning journey’ and it guides visitors on their way.
The centrepiece of the exhibition is a huge canvas, Cohedia: A Mind-Expanding Cityscape (2003-ongoing). To enter the Cohedia headspace and get a sense of the buildings and characters depicted, there is an audio soundtrack, which can be listened to through headphones as you wander around the show.
To reach this point you must first pass under a gateway arch – ‘a monolith-like entrance’ – that represents harmony. You are then free to explore, finding repeated elements – characters and structures from the large cityscape – on smaller canvases dotted about the white walls. 3D sculptures of the snail-like homes, Escar Abodes (2004-2015); the Sankara Canopy (2015), which, taken from the Buddhist word meaning the sum of all the properties equals existence, houses the market in Cohedia; a lego construction of The Ark of Art (2015), which has a multiplicity of functions, including as a gallery, a warehouse and a venue for raves; and a model of the University of Understanding(2015), whose shape has been abstracted from a stack of books, the traditional carriers of knowledge. Everything in Cohedia has been thought out to the most minute detail and truly is a mind map of what is going on inside White’s head. For anyone prepared to take the time to explore, however, I’d suggest throwing away that map and plunging in to see where you might unexpectedly end up. Afterwards, you can even plot your own route through the gyrus (ridges) and sulcus (valleys) on Everest – Brain Journey (2015), an interactive map, which allows you to personalise your visit.
The exhibition also displays some of White’s breathtakingly exquisite glass works, including Make Your Move (2009), a chess set crafted out of vintage glass items, sourced from Deptford market. For White, the fragility of the medium, prone to shatter at the slightest mismanagement, might be seen as a metaphor for life, while the game of chess itself speaks of cognition and decisions about which path to take and which move to make. Visitors are invited to play, to ‘make their own move’.
There are so many more works which could be mentioned, not least the numerous drawings and a large piece, Think About It (2014), which represents the movements of the neurotransmitters in your brain as you stand there pondering. Then there are the postcards sent to Bethlem in advance of the show – all signed off with ‘Wish you were here Xx’ – and the beach area beneath this display, with glass globes (minus one, which now stands proudly on my desk), Excalibur (2000-2004) and Washed Up Trapped (2015), a message in a bottle. These heavy glass pieces are ironically most unlikely to float or indeed be washed up on a beach. They are another example of White’s wry sense of humour and his contradicting expectation – perhaps a reflection on the sub-surface struggles he still encounters in his daily life.
To complete your visit, you are offered a Cohedia… wish you were here Xx stick of rock. The only way to even begin to comprehend the magnitude of this project – upon which White has been working for many years – is to visit for yourself and take the time to really explore. After all, he does wish you were there. 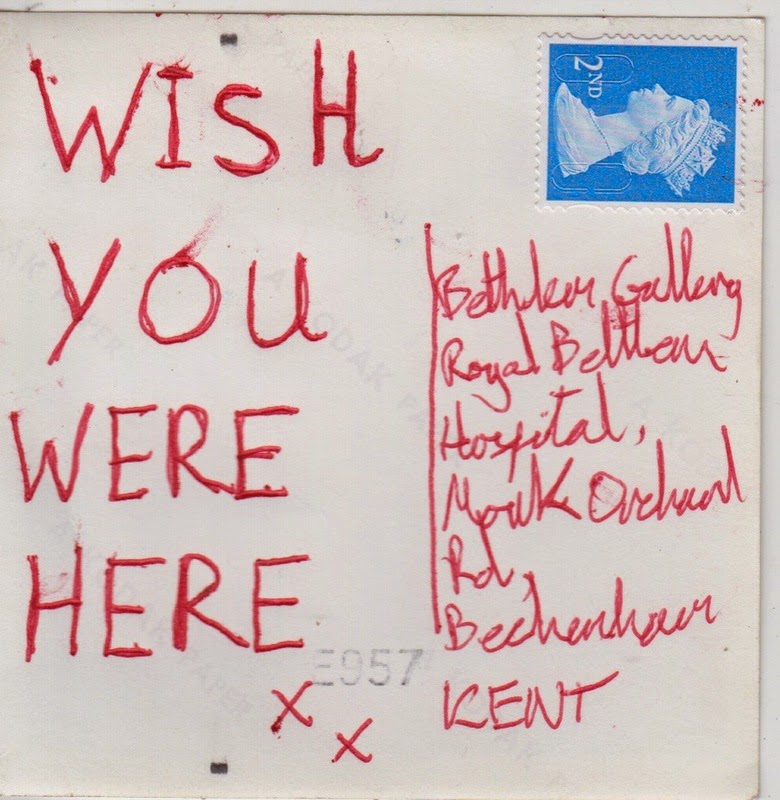 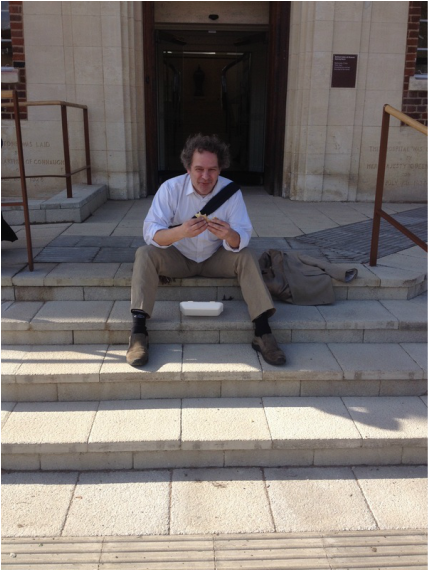